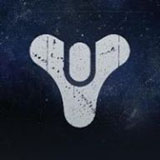 Investing.com -- Europe\'s second big auction of 5G spectrum is over, and there are only winners - unless you\'re a maker of network gear.

As far as the stock market is concerned, the biggest winner to emerge from Germany\'s auction, which started back in March, is the upstart new entrant 1&1 Drillisch (DE:DRIG) and its parent, United Internet (DE:UTDI). They were up 9.1% and 6.6% respectively after early trading in Frankfurt Thursday, after Drillisch managed to walk away with a large chunk of spectrum for a relatively modest 1.07 bilion euros ($1.21 billion). They gave up some of the gains later.

Drillisch\'s larger rivals are also in the green, although not by as much.

Deutsche Telekom (DE:DTEGn), which had to pay the most at €2.17 billion, was up only 0.7%, while Telefonica (MC:TEF) Deutschland (DE:O2Dn) was up 3.7% and Vodafone (LON:VOD), which has bet heavily on the German market with its acquisition of Liberty Global\'s assets, was up 1.2%.

Executives from Telekom and Vodafone were quick to complain that the high cost of the auction, which for them represents only a fraction of the overall costs of rolling out 5G services. Vodafone\'s German head Hannes Ametreiter called it \"a disaster for Germany\" while Telekom director Dirk Woessener said in a statement that the auction left a “bitter aftertaste”, complaining that the money spent on the auction is money that won\'t be available for spending on network-building.

“The network rollout in Germany has suffered a significant setback,\" he said.

Woessener is perhaps guilty of protesting too much. The overall auction proceeds of 6.6 billion euros were almost exactly what Italy raised in October for its considerably smaller market. That\'s due partly to the fact that the German auctions were less competitive, with only four major participants. Vodafone in particularly paid some 30% more for its spectrum in Italy than it did in Germany.

Even so, the market is allowing a grain of truth in the moaning from the carriers this morning. The worst performing stocks in the space are those of network builders Ericsson (ST:ERICb) and Nokia (HE:NOKIA). They fell in early trading, only recovering later to trade up less than half a percent.
Top